Since 2007, the Kansas Health Foundation (KHF) has funded the Kansas Leadership Center (KLC) to foster healthier communities through training in civic leadership. The Wichita-based center draws over 2,000 participants from throughout the state, the U.S., and beyond each year.

“The driving idea behind KLC is that leadership is a skill that can be developed through learning and practice, and that it can positively impact health outcomes,” says Deanna Van Hersh, KHF’s Vice President for Programs. Participants in KLC’s training programs come from all areas of public life, including nonprofits, businesses, healthcare, and academia. “Some who have mastered the KLC core competencies,” Van Hersh adds, “have gone on to run for office in their communities, join nonprofit boards, help revitalize struggling organizations, or contribute in other ways.” 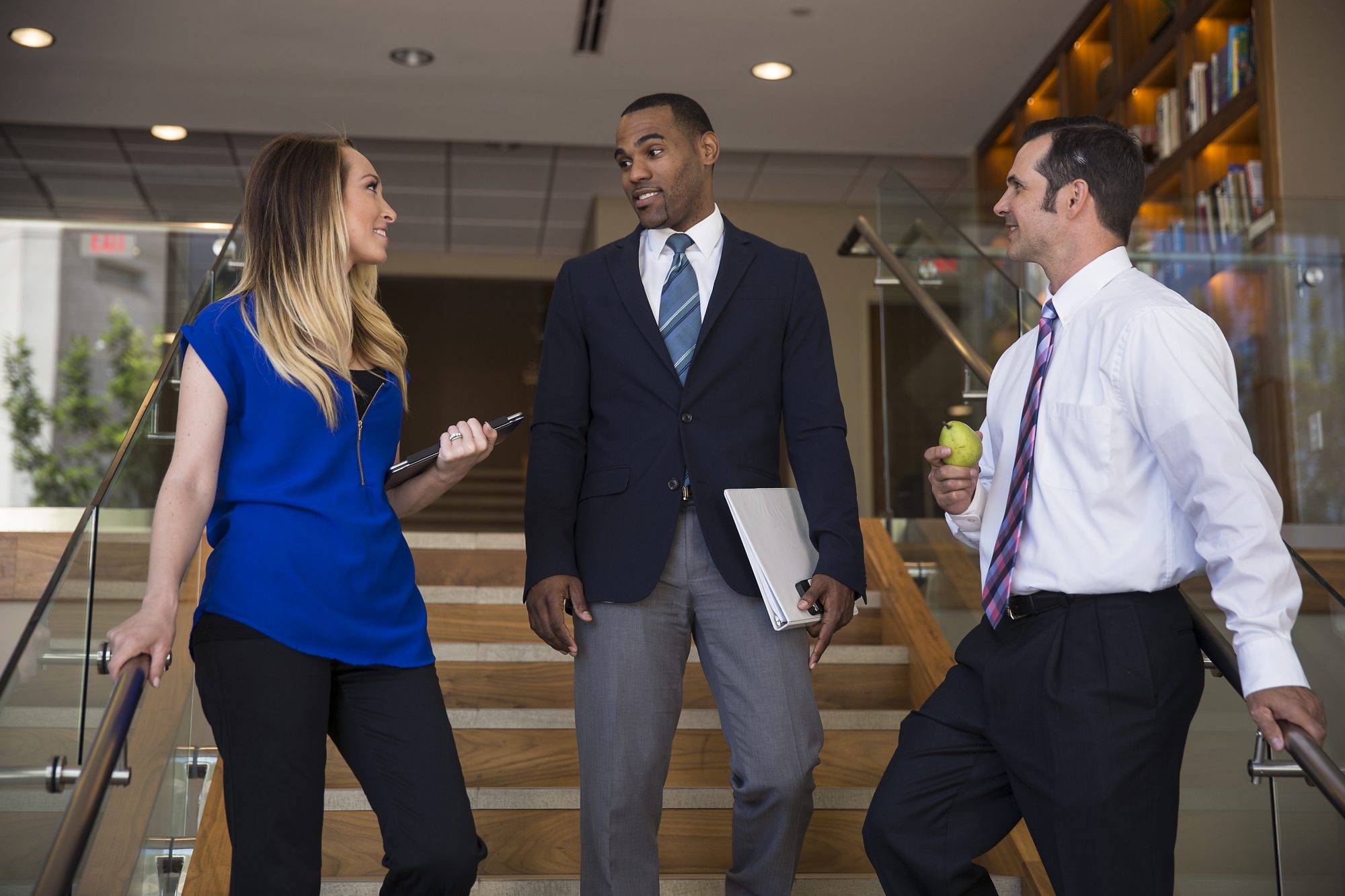 In 2008, KHF engaged TCC Group to conduct an iterative evaluation of KLC. “Over the course of the evaluation, we focused on four communities with a large and active alumni presence,” says Kate Locke, Associate Director of Evaluation and Learning at TCC Group. “Our aim was to gain an in-depth understanding of how KLC alumni were applying what they learned—and to determine where the program was achieving its objectives and where it was falling short.”

The evaluation yielded a wealth of data and insights that led to improvements in the way content was developed and delivered. Says Van Hersh:

TCC Group’s work was significantly helpful to the foundation. But no less important, it enabled the KLC staff to use the results for continuous learning.

The main objective of the initiative is to help nonprofits build their advocacy skills, capacity, and organizational infrastructure. The second aim is to encourage organizations to begin forming productive working relationships with each other.

An assessment of advocacy groups by KHF had revealed that despite sharing a common overall purpose—to advance the cause of health equity—most operated in mutual isolation. Through the initiative, the foundation’s intent was to help groups familiarize themselves with each other’s work and understand how their issues fit together. 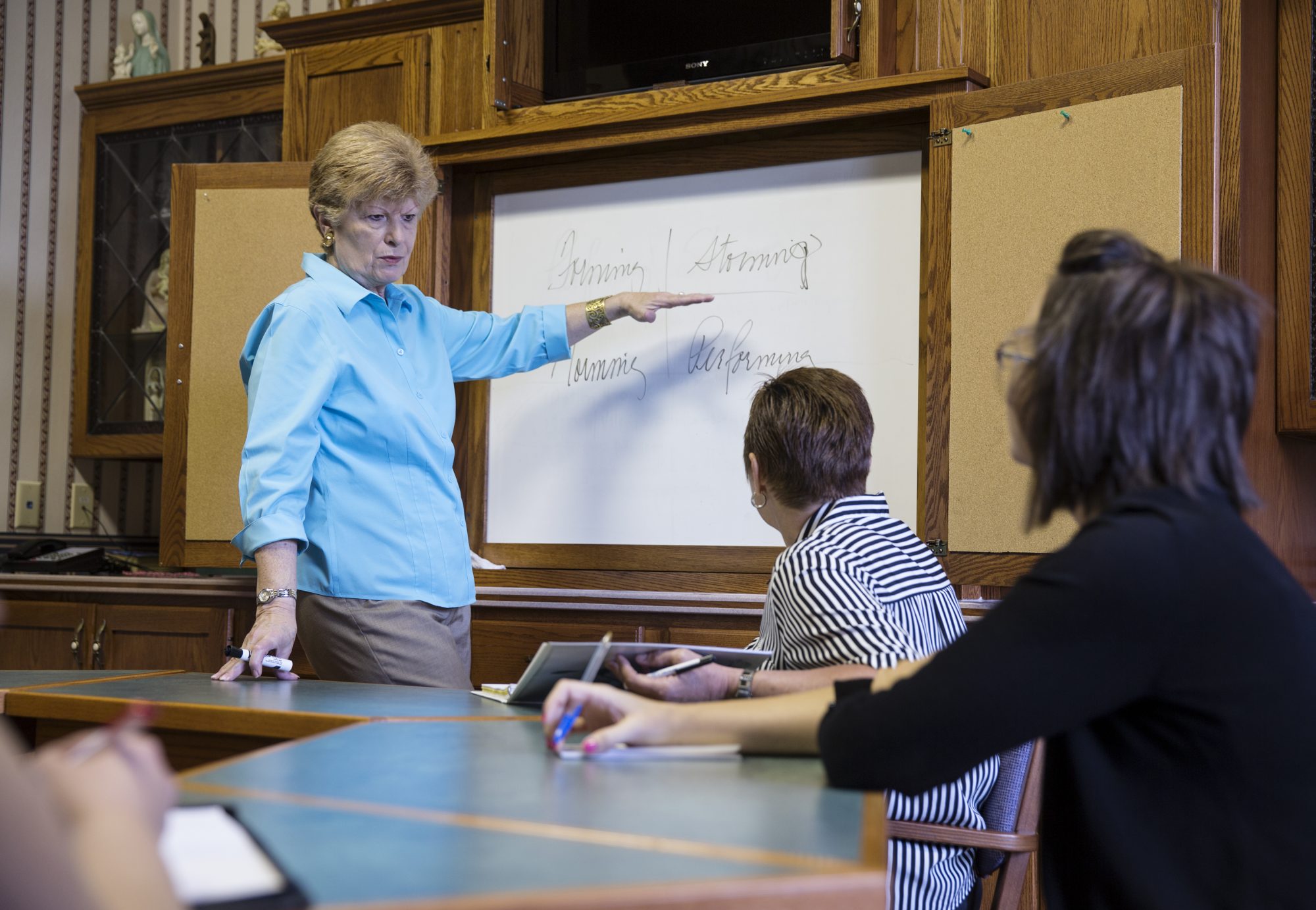 The HEPI RFP was designed by KHF with the TCC team to include completion of TCC’s Core Capacity Assessment Tool (CCAT) by nonprofits as a pre-requisite with the letter of intent to apply. Using CCAT results as the basis for the application helped level the playing field for applicants, so they all were basing their proposal on the same framework and types of information. The cost of the CCAT was covered by KHF, and the RFP drew more than 113 grant proposals, with 10 selected to receive grants of $300,000 over three years. While only 10 groups were funded through the RFP, KHF had a much more ambitious plan in mind.

In looking at some of the most successful, well-funded nonprofits in the state, KHF discovered that at some point many had worked individually with TCC Group and effectively used the CCAT to build capacity, so KHF explored ways to use the collective data from the HEPI applications to benefit all the groups that had applied.

A multidisciplinary team at TCC Group produced an aggregate analysis of all 100+ responses to the CCAT, which were made available to the 103 non-selectees in group and one-on-one settings. Using this data, the TCC Group team led three sets of workshops—in strategic planning, evaluation, board leadership—at no cost to the groups. Additionally, KHF conveyed that non-profits who completed the CCAT could use their assessment results as the basis for future capacity-building grant requests to another funding opportunity available through KHF’s Impact and Capacity Grants RFP.

“KHF is thrilled to offer TCC Group’s level of specialized capacity-building expertise—its ability to home in on exactly what’s needed, design a solution, and present it in a way that reflects the needs and views of all stakeholders,” says Steve Coen, President and CEO.  “TCC Group has made a significant contribution to our work—and in the nonprofit community in Kansas.” 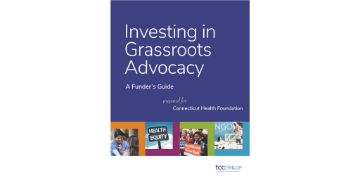 Many foundations focused on equity have increased their support for Grassroots Advocacy Organizations (GRAOs) in recent years.  The Connecticut Health…

Introduction Effective health advocacy is not an easy endeavor, but when executed correctly, the results can be game-changing. Health advocates,… 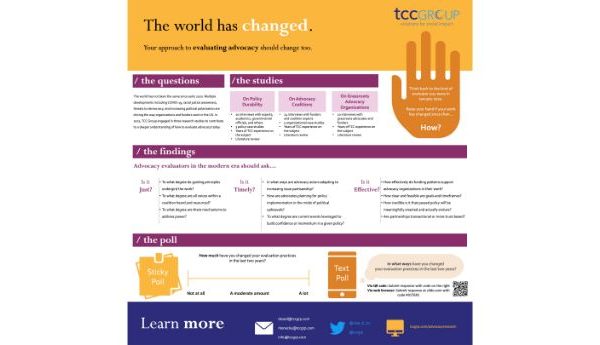 As we’ve been sharing recently, TCC Group conducted three research studies over the last year about good practices for supporting…